Normally, you have to spend in-game money to get skins and announcer voices in Arsenal — unless you have Arsenal codes.

Arsenal codes are the best way to get free skins and more in Arsenal, one of the most popular sub-games in Roblox.

The Arsenal developers drop new codes on Twitter several times per year. They’re most commonly for announcer voices and skins, though some also give you money. Depending on the holiday, you might even get a code that bans you or has very little in the way of a reward.

Some codes are limited in number, while a few last only for a week or so. We’ll keep our codes list up to date so you don’t have to worry about whether you’re using an expired code.

We've got plenty more Roblox codes for free skins, items, and more. King Legacy codes help you build the best character possible, while our Blox Fruits codes list has several codes for free XP. If fighting and anime are more your thing, Anime Fighting Simulator codes are a handy way to get more characters.

But if you'd rather chill out with some virtual pets, our Adopt Me pets list is the way to go.

These are the active Arsenal codes for announcers, skins, and more:

If you try redeeming a code and it doesn’t work, you’re probably using an expired code.

How to redeem Arsenal codes

Launch the game, and look for the Twitter icon. It's under the main menu where you choose to deploy. Select that, enter your code, and your rewards will be available to you immediately. 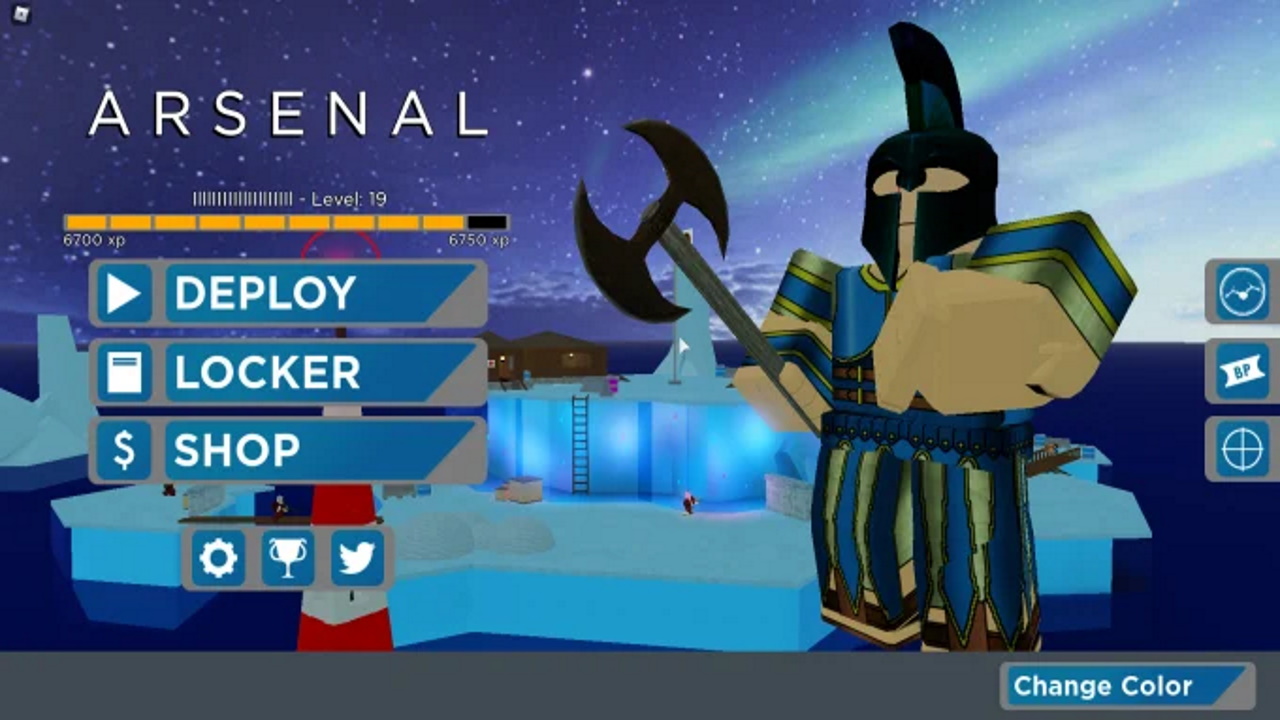