We're a few days into August 2021 and the month's PlayStation Plus games are available to download. If you've got an active PS Plus subscription, you can get these games at no additional cost. But are they any good?

In the video above we detail the three games included as part of August's PS Plus line-up. In short, it's a rather mixed bag.

Plants vs. Zombies: Battle for Neighborville is, by our reckoning, the highest quality game this month. Don't let the cartoonish visuals fool you into thinking this one is aimed only at kids, as it's not. It's great for everyone who likes a good team-based shooter, and it even has some value if you plan to play solo.

Hunter's Arena: Legends is brand-new, offering a battle royale experience with brawling, melee gameplay. First impressions of this one weren't great, but Dorrani found it grew on him once he got used to the flow of gameplay a little more. 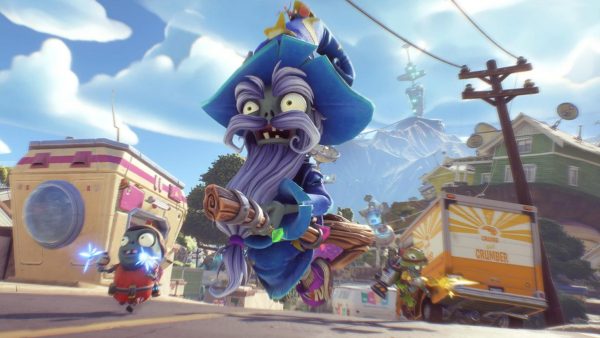 One you can probably avoid downloading is Tennis World Tour 2. This sim sports game just doesn't feel that great to play, making it rather disappointing if you go in expecting something up to the quality of Virtua Tennis.

That's your lot for this month. Head to the comments to share your thoughts on the video and the games included in August's PS Plus line-up. If you're after more games, head over to our video game release dates page, for info on all the games coming later in the year and beyond.